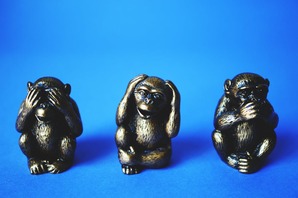 Yoga is not just the physical poses that we practice on the mat. Yoga is a way of living. Yoga is a sophisticated system of bringing more awareness of not only your body but also your thoughts.The Yamas (restraints) and Niyamas (observances) are the first two limbs of an eight fold path. We will discuss the 8 limbs of yoga and dive deep into discussion of Satya. We will learn the difference between being Real and being Nice. We will also see how Satya works with the first guideline of yoga, Ahimsa.

“Nonviolence, the first jewel, sits as the foundation to the other guidelines, which in turn enhance the meaning and flesh out the richness of nonviolence. Nonviolence is a stance of right relationship with others and with self that is neither self-sacrifice nor self-aggrandizement. This tenet guides us to live together, share the goods and do what we want – without causing harm to others or ourselves.” --Deborah Adele

"Truthfulness, the second jewel, is partnered with nonviolence. The marriage of these two guidelines creates a powerful dance between two seeming opposites. We can appreciate this statement when we begin to practice speaking our truth without causing harm to others. As partners, truthfulness keeps nonviolence from being a wimpy cop-out, while nonviolence keeps truthfulness from being a brutal weapon. When they are dancing perfectly together, they create a spectacular sight. Their union is nothing short of profound love in its fullest expression. And when there is cause for disharmony or confusion between the two, truthfulness bows to nonviolence. First and foremost, do no harm.”--Deborah Adele

Parts 1 and 2 of ten - workshop discussion of the yamas and niyamas (there are 5 of each).