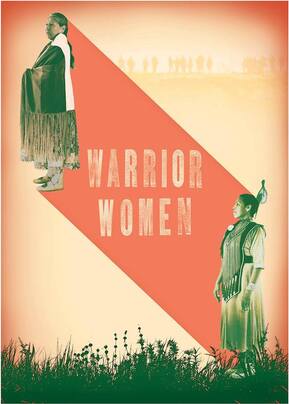 Award Winning Documentary by Christina D. King & Elizabeth A. Castle
​
“Warrior Women” is the story of mothers and daughters fighting for Native rights in the American Indian Movement of the 1970's. The film unveils not only a female perspective of history, but also examines the impact political struggles have on the children who bear witness.

The Pontchartrain Film Festival brings award-winning films and filmmakers to the North Shore. The Women's Center is pleased to be one of the community partners hosting a screening again this year in observance of Indigenous People's Day. PURCHASE TICKETS BELOW 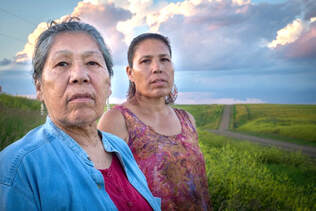 Madonna Thunder Hawk with daughter Marcella Gilbert
ABOUT THE FILM:
In the 1970's, with the swagger of unapologetic Indianness, organizers of the American Indian Movement (AIM) fought for Native liberation and survival as a community of extended families.

"Warrior Women" is the story of Madonna Thunder Hawk, one such AIM leader who shaped a kindred group of activists' children - including her daughter Marcy - into the "We Will Remember" Survival School as a Native alternative to government-run education. Together, Madonna and Marcy fought for Native rights in an environment that made them more comrades than mother-daughter. Today, with Marcy now a mother herself, both are still at the forefront of Native issues, fighting against the environmental devastation of the Dakota Access Pipeline and for Indigenous cultural values.

Through a circular Indigenous style of storytelling, this film explores what it means to navigate a movement and motherhood, and how activist legacies are passed down and transformed from generation to generation in the context of a colonizing government that meets Native resistance with violence.

Watch the trailer below (1:31). To learn more, visit the Warrior Women homepage.